Song Of The Seagull (An Excerpt)

by Lin Zhao, translated from the Chinese by Chris Song

what crime have we committed?
murder? arson? robbery at night?
none of those, but we take
freedom as our air and food

hold up our heads, brothers! don’t be dejected
imprisonment, prosecution, humiliation…so what?
we are martyrs. we are prisoners with glory
these chains are our badges of honour 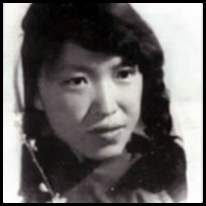 Lin Zhao 林昭 (1932-68) was a prominent dissident arrested by the authorities in 1960 and executed eight years later during the Cultural Revolution. She was the only Chinese citizen known to have openly criticised Mao Zedong and tenaciously opposed Mao’s communism. She is widely considered a martyr as her Christian faith was expressed through writings in her own blood when imprisoned. Her blood letters are now collected in the Hoover Institute of Stanford University. Her recent biography, Blood Letter, authored by Lian Xi, was published in 2018 (see interview with the author here). Her documentary, Searching for Lin Zhao’s Soul (2004), directed by Hu Jie, is available with English subtitles on YouTube. 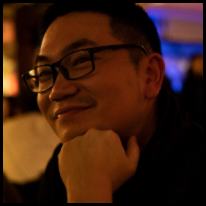 Chris Song (translator) is a poet, editor and translator based in Hong Kong. He has published four collections of poetry and many volumes of poetry translation. He won the “Extraordinary Mention” of the 2013 Nosside International Poetry Prize in Italy and the Award for Young Artist (Literary Arts) of the 2017 Hong Kong Arts Development Awards. Recently he won the 5th Haizi Poetry Award. Chris is councillor of the Hong Kong Poetry Festival Foundation, Executive Director of the International Poetry Nights in Hong Kong and Editor-in-Chief of the bilingual poetry magazine in Hong Kong, Voice & Verse Poetry Magazine. (Photograph of Chris Song by Yuen Chi Him.)