Lin Zhao: A Martyr In Mao’s China Who Created Our Genealogy

The first person to openly challenge Mao’s authority in China was a young woman named Lin Zhao 林昭 (1932-1968). She was a poet, journalist, and dissident who suffered from long-term tuberculosis, and was later remembered as a martyr for her emphasis of her Christian identity in her prison letters, which were written in blood. She was executed at the age of thirty-five. he late Nobel Peace Prize laureate Liu Xiaobo (1955–2017) referred to her as “the only voice of freedom left for contemporary China.”

On May 31 1965, Lin Zhao was tried in Shanghai and sentenced to twenty years’ imprisonment as the leader of a “counterrevolutionary clique” for publishing A Spark of Fire 星火, an underground journal that decried Mao’s misrule—including the great famine (1959–1961) that cost at least 36 million lives.

“This is a shameful ruling!” Lin Zhao wrote, in her own blood, on the back of the verdict the next day. The following year, Lin wrote an appeal to the United Nations asking to testify in person about her torture and about human rights abuses in China. Three years later, she was executed by gunshot within the prison yard, under specific instructions from Chairman Mao himself.

Lin Zhao’s father committed suicide a month after Lin’s arrest, and her mother died soon after her execution.

During Lin’s imprisonment she underwent extreme torture but left behind thousands of letters and essays in her own blood. Those letters are now kept at the Hoover Institution on War, Revolution, and Peace at Stanford University. Lin’s story continues to touch and change lives. Gan Cui, Lin’s then fiancé, spent four months copying Lin’s blood letters by hand when they first became available to Lin’s remaining family, her siblings. These documents later provided the historical and biographical material from which Hu Jie made the film In Search of Lin Zhao’s Soul (2004), an independent documentary for which the director quit his job and devoted his personal savings to make. Followers of Lin Zhao would visit her grave each year on Tomb-sweeping Day and the anniversary of her death, despite facing increasing surveillance, harassment, and even arrest. In 2005, Independent Chinese PEN Centre established the Lin Zhao Memorial Award. In November 2018, ChinaAid, a non-governmental Christian organisation dedicated to human rights issues in China, announced Lin Zhao Freedom Award in honour of her.

I first came across the name Lin Zhao and her story through In Search of Lin Zhao’s Soul, and to this day I still remember the bodily effect her story left on me. Visitors to the Hoover Institution today have to handcopy her blood letters, a process similar to the ritualised practice of copying out scriptures in Buddhism. In this sense, experiencing Lin Zhao’s blood letters, her unique relics, is also an act of pilgrimage.

A hundred years ago, China propagated “Mr Democracy and Mr Science,” and progressive modernity has since been dressed in menswear. Lin’s struggle began with the Hundred Flowers Movement in the ’50s, long before the Cultural Revolution, but she accurately predicted the direction of the cult of personality and a Communist China diverged from its earlier, idealistic hopes for communism. Lin did not live to see how, two decades later, students from Peking University, her alma mater, would march to Tiananmen Square to make the same democratic demands her blood letters once envisioned. Thanks to Lin Zhao, however, we now have our genealogy of dissidents of a regime that took her life and the lives of numerous others. While we remember and commemorate landmark events such as the Tiananmen Square Massacre, it is important to tell lesser-known stories such as hers to more people and wider audience. It is also high time for more dialogues on experience and creative, courageous responses from ordinary people, especially less privileged sexes, rather than heroic figures only. While governments build walls, we still have options and the means to dismantle and enable.

Thanks to Lin Zhao, we have our genealogy.

[Editors’ note: Read an except of a poem by Lin Zhao, translated by Chris Song, here.] 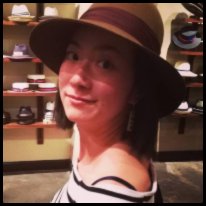 Ting Guo is a contributor for Atlas of Religion in China: Social and Geographical Contexts (Brill 2018), and an anthropologist of religion and bilingual writer currently based at the University of Hong Kong. She previously worked at Purdue and at Oxford University. Her article on Alan Turing and spirituality made the cover of Anthropology Today, and she also writes for outlets including the LA Review of Books and paratext. She is currently writing about the politics and history of love in modern China.