A Letter To My Son 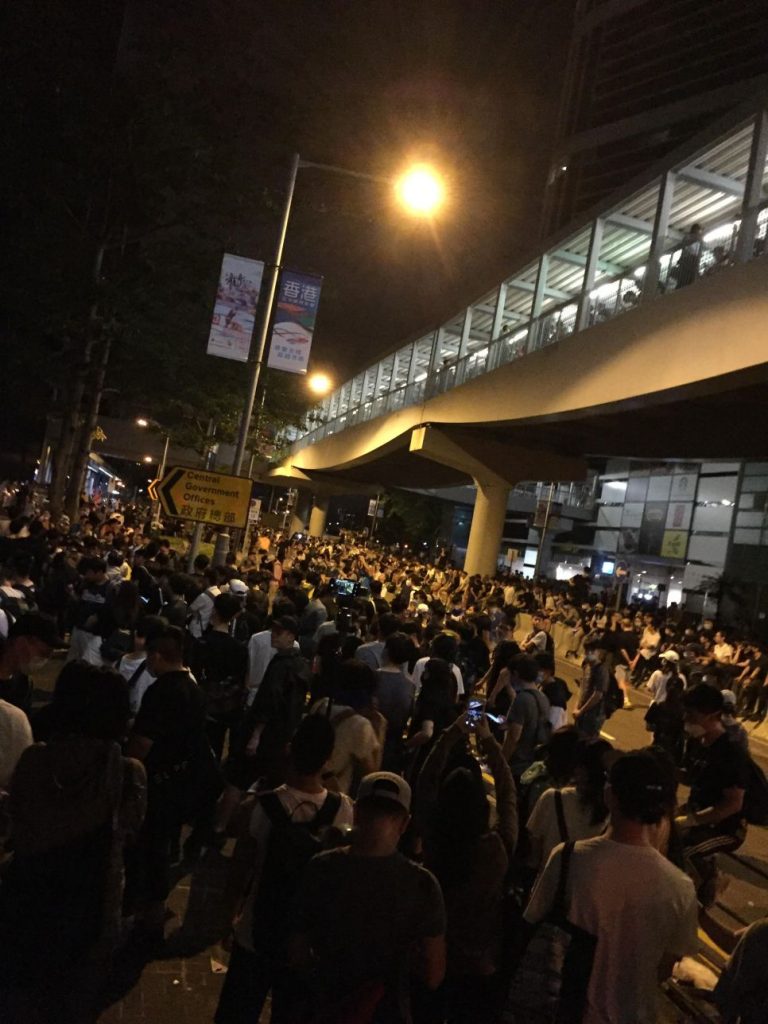 Sorry I haven’t written in so long. Although, for you, reading this, it’s probably no more than moving from one email to the next. In about four days, you will have been in our lives for six months now. It’s really been a wonderful and happy time for us both. Mom’s maternity leave ends on Friday, so we won’t all be at home all day with you anymore. But it was really nice while it lasted. Of course we will spend the rest of our lives together as a family, but these six months being with you nearly every moment has been really special and I wouldn’t trade it for the world.

Right now, it’s 3 a.m. and I’m sitting on a footbridge that connects the Hong Kong legislative council building to an office building. It offers a great vantage for the protests that are starting and will continue over the next few days against an impending extradition bill that would allow the mainland Chinese government courts to compel the HK courts to send people in Hong Kong to China to be prosecuted. Of course, it doesn’t sound like a really big deal on the surface, but it would allow courts in China (which are not transparent and do not follow a clear rule of law) to persecute people here for political reasons. So for example, if one day you are in Hong Kong and decide to exercise your right to express your political opinions, a court in China could come up with a reason (valid or not) to have you tried there, and the HK government would then be expected to deliver you to that court. This type of agreement erodes the autonomy of Hong Kong, which is supposed to be a completely separate political system until 2047.

By then, you will be 28 years old, and I’m afraid there might not be as many rights available to you as there are to Hong Kongers at present. You may not be able to have a say in your government, speak freely about whatever you want, or be able to practise whatever you religion you like. Right now, the mainland Chinese government is rounding up religious practitioners and ethnic minorities such as Muslims, Uyghurs, and Christians and putting them in concentration camps. We don’t know what might happen in the future, but we remember what happened in the past and can see what’s happening right now. So that’s why I’m here, when I’d rather be at home with your mother in bed, ready to wake up at a moment’s notice and go to your room in case I hear you wake up and cry.

Of course, we are so much luckier than most people in Hong Kong. Although you were born here in a very nice, clean, and safe hospital (practically for free!), you are already an Australian citizen, and we will be registering you with the US consulate tomorrow morning for your first US passport and social security number. You have a lot of options. One day you might live in America, Australia, Singapore, Taiwan, or anywhere else you might want to go if you have the desire and the talent to make it happen. By the time you read this letter, maybe we will already be living somewhere else. Maybe even in China! So if things ever get bad here in Hong Kong, we will be safe and can be with our family elsewhere. This is not an option for most people in Hong Kong. So while I want you to be able to live here in the future if you want, I think it would be disingenuous to say that I’m here, on this footbridge, for you. Your mother, and definitely your grandparents, all think that the best thing I could do for you, my beautiful son, is to stay at home. And maybe they’re right. It’s hard to ever be sure about these kinds of things because all sides might have a valid point.

I have to admit that before I left the house tonight to walk to Admiralty, I went into your room to look at you asleep in your crib and tell you that I love you. Maybe that’s a little melodramatic, especially because just last week I left you and your mother at home to go to a bar to watch Liverpool win the Champions League final, but I am a bit scared too. The last time I came to a protest like this was 5 years ago, about six months after your mother and I first met. It was October, right before the beginning of the Umbrella Movement. I had originally come by just to support my students who were protesting for their right to true universal suffrage. I didn’t really think it was my fight per se because I’m not from Hong Kong. I spent most of my time there taking pictures, cleaning up garbage and sorting out the recycling. Then it got really crowded and I ended up getting teargassed by the police. It was very scary, totally unexpected. I ran away when I saw the smoke and heard the explosion of the tear gas canister, but the next thing I knew, I was on the ground unable to breathe. My eyes stung and my skin felt like it was on fire. Luckily, there were some well prepared volunteer medics on the scene who poured water over me. They were so heroic. I was and am so grateful to them.

I remember walking through Tamar Park afterwards and seeing kids crying in shock. I was soaking wet and not in the best condition myself. I felt so defeated, and I felt so bad as I walked away and the protesters there watched me. I could sense their disappointed understanding that I had had enough. I went back to your mom’s place to take a shower, and everything smelled like pepper. I distinctly remember the straps on my backpack smelling acidic too. The images of kids being tear gassed was all over the news. I don’t know if I have ever felt as hopeless as that moment.

The next morning, I woke up to go to campus but all the roads were empty. No cars or buses at all. I was confused and went online to find out what was going on. Only then did I find out that after we had gotten tear gassed, thousands and thousands of Hong Kong people took to the streets to protest the unnecessary violence. They ended up occupying major thoroughfares throughout Hong Kong—hence the absence of any traffic on the road. These occupations became a full-on political movement, and it brought the city to a standstill. And for a few months at least, the impossible seemed possible.

The next few months were so beautiful. Your mother and I were falling more and more deeply in love, and we witnessed something miraculous with the Umbrella Movement. It was like seeing a meadow in full bloom, a spontaneous orchestra of sounds in sync to a new song that would only ever be heard once. And it was the first time I ever felt like I was at home—being a part of something bigger than myself with people who wanted me there and to whom I could contribute something meaningful. Of course it couldn’t last forever. But beauty is by definition fleeting.

So, that’s why I’m here (don’t worry though, this time I’m hanging out near the news camera crews: good views and less likely to get gassed!), even though I’d rather be home with you. Because I’m grateful for what Hong Kong has given to us. We are a family because of Hong Kong and its people. I don’t know what the future holds for us or Hong Kong. Maybe our fates are intertwined, or perhaps Hong Kong will one day be just a distant memory to you—the place where your parents met and you were born but only seen in photos and heard about in stories. But at least now you know that you were born from something beautiful and that I wanted to fight for its memory while we still could. 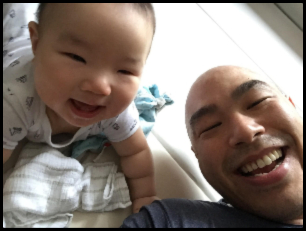 Jason G. Coe teaches Comparative Literature and Gender Studies at the University of Hong Kong. He writes about Transpacific, Sinophone, and Asian American Film and Media.