Tiananmen of the Mind

It is the wide streets that hit you first, hollowing-out and exposing the centre. Then, chastened and austere, the architecture does something unexpected. The simple blocked structures on either side overwhelm you by what they are not: this is the throbbing heart of the Middle Kingdom, a rising symbol of strength, wealth and fear; and yet it feels—through the minimalism—as a commemoration to the underdevelopment of a different time. The sense is, of a landscape flattened.

Walking in from the imperial structure of the Forbidden City, with its shaded walkways and tight lanes, the change in atmosphere is sudden—like stepping out of your front door and finding yourself on the African Savanna; a pride of lions staring back at you in contemplation. It is a study in the psychological impact of space. Once through the arches of Tiananmen Gate—The Gate of Heavenly Peace—your pace slows along with your confidence. With every step you feel more vulnerable, naked, and on display.

You only notice the cameras if you are looking for them—the buildings on-the-other-hand seem to glare at you with purpose. The National Museum of China to the east, and the Great Hall of the People to the west, are modest, sunken, rectangular structures with single, discreet, red motifs of the nation on the front. Behind you, atop the gate, is a framed picture of Mao, still looking down from where he announced the re-founding of the country on October 1, 1949.

On all sides, China is watching you—and there is nothing to draw the mind away, or distract from the sensation. The longer you wait around and soak things in, the more uncomfortable you become.

Three thousand students were protesting that day, from thirteen different universities; and yet they were still washed-out, shrunken in the architectural shade. This wasn’t a massacre—this was 1919. The World War had ended, and the granting of former German concessions to the Japanese had drawn an understandable outrage. At a time when “self-determination” was resonating in the mouths of statesmen, the explicit terms of the Versailles Treaty was also acknowledging a secret agreement, and a contempt for the Chinese people.

But insult also brings awareness, and a national consciousness was born. Tiananmen—for so long a symbol of bureaucratic cleanliness ever since its construction in the 1420s under the Ming Dynasty—became a symbol of revolution and anti-governmental protest. On May 30, 1925, the Square was the site of demonstrations against the excesses of British rule; slogans of “Abolish Unequal Treaties” defacing those spotless buildings.

A year later, things took a turn, and the students were fired upon … it was a massacre … and a pre-echo.

In December 1935, the students returned to Tiananmen undaunted, this time to protest Chiang Kai-shek and his appeasement of Japanese militarism. Police tried to block-off the Square, but they were outdone by topography: something so large, and so open, is not easily “shut down.” In 1945, they were back again, tearing down Japanese insignia, staking their claims for the Communist or Nationalist sides of the rumbling civil war, fighting for control of their future.

The heart of the Square, is now a snake of humanity, engulfing Mao’s tomb; but still impotent to the size and the oxygen of its surroundings. People waiting for hours to spend seconds with a frozen hero. Mao remade Tiananmen, as he did China, by placing the Communist Party at the centre of all social life and political decisions. As long as legitimacy was claimed from history, Mao would always be needed. So he was denied his own death, embalmed for new eyes and fading memories. The eternal custodian of Tiananmen.

In 1958, the Square was extended further, the remaining walls came down, the surrounding architecture completed, the total space extended to over forty hectares, and those impossibly wide streets carved-out. Restored to the centre of public life and ceremonial grandiosity, there was now enough room for over a million visitors in the Peoples Square.

The expansion was soon needed. In 1966, Mao announced the Cultural Revolution with all its excess, and the Square was soon home to “Red Guards” rallying against the “old order”; marching up-and-down the streets, clutching their little red books. One of those castigated, was Deng Xiaoping, humiliated and exiled to hard labour and personal reform in the country-side. This was a reminder to Deng, and his generation, that Tiananmen belonged to the Communist Party, and to Mao; not to the government.

In 1976, thousands of mourners stood in the Square to grieve the death of Premier Zhou Enlai—they did not seek, nor receive, approval. When Mao died that same year, the government quickly announced formal rallies, and began construction of the mausoleum—they could not afford to lose any more control over history.

Anti-government rallies of the past were commemorated—”May 4th,” “March 18th,” the “December Niners”—and China moved forward, arm-in-arm with this memory of protest and defiance. The back-end of Tiananmen still holds a slight—and the only remaining—feel of this disorder. The Square runs-off into laneways, and unruly streets. Vendors hawking Mao merchandise, set-up quickly in the gaps between security patrols, always alert and ready to scurry away after a few minutes of sales. A little chaos to the calm; life inside the sterile.

In April 1989, with the death of Hu Yaobang—who many students held as a symbol of reform—Chinese consciousness returned afresh to the steps of Tiananmen. There was a new language in the air, but it was riding on an old tradition. The Square was again home to pro-nationalistic, anti-government protests: more representation, less corruption. This was their ancestral home—they were Chinese, and they were children of Mao.

The daily protests were a continuation of the best possible Chinese sentiment, a deep national yearning. They were finishing the battles of history—continuing the spirit of the revolution. And where else to raise their voice than in those open, seemingly made for purpose spaces of Tiananmen. They were using the Peoples Square for how it was intended.

Returned from his mistreatment, Deng Xiaoping looked down on this, and saw something different. In the songs, the slogans, the loudspeakers, the boisterous language, their defiance of authority, and above-all-else the youth in their faces, he was reminded only of the Cultural Revolution. The insult and betrayal he had felt returned anew. He only saw students drunk on power, lost on their own passion, out of control and once again coming for him.

As the protests didn’t wane, Deng’s anxiety grew. Tasting this fear in the back of his mouth, on June 4, he went to war for the control of Chinese history, for the minds of the generation before him and for the meaning of Tiananmen. For those weeks, and that final day, Tiananmen was the Peoples Square more than it had ever been before. But the fight for history was lost.

Deng Xiaoping, and those who have come since, prevailed in making themselves synonymous with the country as a whole. And so to do that most Chinese of things—to rebel and fight the government—became an inherently unpatriotic action. Pressing home how badly things—in an instant—can go wrong, China became a country fleeing desperately into the future; history snapping away at its heals as a source of shame and fear—not pride and strength.

For the first time those in power, making difficult choices, deserved unflinching trust; not scrutiny and accountability. They were custodians of themselves. After all, they were Chinese, and—if only you first lose your feel for history—Chinese don’t tyrannise each other. There is only room for either triumphs or understandable, excusable accidents; malicious intent has no place.

The solution for Tiananmen was to scour it clean. Those in the Square that day, bleeding into the concrete, could perhaps sense the enormity of what they were up against. Their country—teased into the promise of suffering a little less each day—was done with turmoil, upheaval and so with it, rapid progress. With their Chinese-ness torn away from them, the protestors were forced to do something desperate, something very un-Chinese—they asked for help; seeking out foreign media, staring down the lenses and pleading for them to “tell the world what happened here.“

Tiananmen Square no longer belonged to the people. Those vast expanses were perfect for riflemen to line up their targets; the wide, engulfing streets so well suited for a column of tanks; and how small that extraordinary space can feel when soldiers are charging across it, bayonets drawn, toward your makeshift picket. 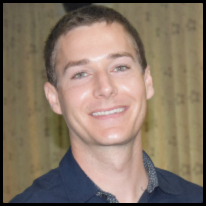 Jed Lea-Henry is an Australia born academic. After graduating from La Trobe University with majors in Political Science and Philosophy, Jed completed his post-graduate education in International Relations at Deakin University. His research has covered a broad range of topics, including humanitarian intervention, civil conflict, violence prevention, regional development and moral philosophy. Jed is currently an Assistant Professor in Humanities and Social Sciences at Vignan University, and the host of the Korea Now Podcast. You can follow his work, or contact him directly at his website.