Heartbeat of the Square

by Ng Mei Kwan, translated from the Chinese by the author

HEARTBEAT OF THE SQUARE

When the Square’s heart beats
There seems to be a child in a mother’s embrace
Open her arms
With a liberal mind
When she weeps
There is no light
The night was eradicated by the dark
Her roaring tears
Folded up our tiredness
A fake smile
A theft hid in a black box
A plane was stopped breathing  midflight
Its explosion banned to silence
lowers of innocent umbrellas
Waiting for a miracle
A blooming countenance
How come they grasped
transparent violence and shields
To confront
People without bullets
The surrounded Square gets old
It is unable to accommodate
Its independent child. 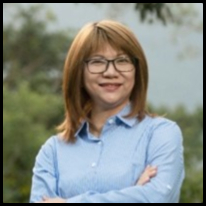 After Ng Mei Kwan obtained a PhD in Chinese literature from The University of Sydney, she has taught in the University of Kong Kong, Lingnan University, Education University of Hong Kong, Hong Kong Baptist University, among other places. Her first poetry collection won the Outstanding Entry in the First Hong Kong Biennial Award for Chinese Literature. She is the founding director of International Association of Theatre Critics (HK), founding chairlady of HK Literary Criticism Society, chairlady of Literature group & ASC, as well as a board member of Hong Kong Arts Development Council (2014-2016) and writer-in-residence at the Education University in 2018. She published the BubbleTea Magazine recently to promote literary reading to youth and the public. Her major publications are The fourth Morning [poetry collection], We Are So Close [poetry collection], Silence of Time [poetry collection], and The Lone Eye at Theatre, Image & Literature Across the Century [Collection of Criticism]. Her translated verses are first collected in The Bluest Part of the Harbour: Poems from Hong Kong published by Oxford University Press.