The Toad Within The Alleyway of San Miguel

The light up the post hovers
Over the overflowing gutter wherein a toad leapt.
As the fireflies snore deeply
A couple of serpents entangle right next door.
The breathing of the ventilator evens
As the dripping from the broken faucet intensifies.
Shrill and shriek goes the car.
Split through goes the motorbike’s headlight.
The bruit of darkness disrupts,
Undulating through the rut of the night,
Raked the path, that when you arrive,
You may embrace the shadow of the world.
I shall await the piercing of needle through my chest.
Seize every question thrown.
Respond to the sermon of your magnificence.
Yet, never take sips of your origin.
I guess the rays of the sun beget lightning?
Perhaps the scorching humidity now burns the flesh?
Has it gotten sultry when the moon got coy and hid?
The answers lie in the intersection of our paths.
And now, there may be no black dog
Seen along my route.
No locker may be found hidden
On your arrival.
On your arrival
There’ll be no more pencil to recount, none at all.
Perchance all paper will be gone to chronicle
The peace all through the night the toad croaked
Within the murky alley of San Miguel.
.

Julius Denido Bulahan: Though raised in a family who communicate in the vernacular (Bikol), I can  express my thoughts and feelings very well in English because I have been fascinated with the rudiments, intricacies, nuances and musicality of the language since my high school days. To further my knowledge and skill in the use of the language, I enrolled at the Naga College Foundation as a Bachelor of Secondary Education, majoring in English, became a part of an English Proficiency Programme, and worked as a call centre agent in Naga City, Philippines. With these three engagements, I realised the essence of the language as a universal manifestations and signs of understanding among people and races and I fortified my critical, analytical, and creative thinking.

English makes me a better speaker and writer in the language. I can quickly shift from Filipino to English or vice-versa when I deliver topics from creative writing to campus journalism and visual arts before a groups of indigenous people, elementary pupils, high school, college, and even graduate studies students. The language also helps me to be very well versed in the Filipino and Bikol languages as I translate poems and short stories from English to Filipino and Bikol and vice-versa.

Also, in a developing country such as the Philippines, where I live, English as a second language becomes a tool for us, Filipinos, to alleviate poverty. We become teachers, call centre agents, event organisers, facilitators, and others who receive sufficient amount as payment for our expertise in the language. The language also fulfils and realises our vision to have a better economic life outside the country and help our family in their basic needs and education while exploring the socio-cultural life of people around the globe for intermingling and understanding. 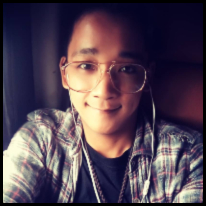 Julius Denido Bulahan is an artist, advocate, and Bikol writer who was born and raised in Naga City, Bicol, Philippines. As a writer, he was the former President and current Secretary of Parasurat Bikolnon, Inc., an organisation of literary writers in the Bicol Region, Philippines. He was a fellow of 8th Juliana-Arejola Fajardo Workshop sa Pagsurat Bikol and Saringsing Writers Workshop, where he became the workshop director in 2017. His works have been published in Ani 39, a Cultural Center of the Philippines’ Literary Journal (2016), Girok, an anthology of erotic works in Bicol published by Igcarta in New York and Bangraw, a literary magazine published by the National Culture for Culture and the Arts, among other places. As an artist, Julius is the current secretary of Kintab Artists Group, a non-profit organisation of visual artists, writers, musicians, and other art forte that express different identities in their own art pieces whose main goal is to preserve, promote and develop Bikol culture, tradition, arts, and literature. The group offers painting lessons for free to jail inmates, indigenous people, typhoon survivors, and rape victims, among others. It also conducts feeding programmes to street children of the city. As a student, Julius is taking Bachelor of Secondary Education, major in English at the Naga College Foundation, Naga City, Bicol, Philippines.