I grew up in a public housing estate in Tuen Mun. My parents were like any others in those days: strict but fair. There were many rules we had to follow obediently, such as not being allowed to watch television after nine o’clock at night. It was a rule that my sisters and I were so used to we hardly noticed it.

One night, however, we were made aware of the rule once again, because it was broken. I don’t remember what the weather was like that night in Hong Kong or what I was wearing. It might have been my Hello Kitty pyjamas. But I remember I had already finished my homework and packed my textbooks away for school the next day. I also remember the television did not get switched off at nine. It stayed on for hours afterwards.

Flickering on the screen were images of Tiananmen Square in Beijing. The images were unclear and only intermittently divulged what was happening. It was chaotic. It was dark. And loud. Chinese students and citizens fighting for democracy and freedom were being attacked in the streets and murdered. Their voices snuffed out. Their government silencing them with brutal impunity. The horror of this was that the motherland lacked any maternal care. It was the sow eating her farrow.

I cannot pretend I understood everything back then and I don’t know how much I remember has been coloured by what I have read and learned in an obsessive quest for the truth in the years since. I was only a little girl who one night was allowed to stay up very late, stare at the television, and listen to my parents silently weep. But some images, once seen, are imprinted on the memory, affecting and forever defining your being, whether you wish it or not.

Thirty years on, despite repeated international condemnation, despite countless photographs, reports, and footage documenting that night, there is still no hope of the Chinese government admitting what happened, of owning up to how many people were killed. So many of the fighters for democracy were so young, so full of life, hopeful of a better tomorrow, a better China. Their existence was cruelly caught forever in an abrupt freeze-frame that night.

I am most emotional when I see the aged faces of the Tiananmen Mothers. They thank us Hongkongers for our annual June Fourth candlelight vigil. Against the dark night our candles collectively shine, light up the streets, creating a manmade sea of amber, of remembrance. They thank us for remembering on their behalf, on their children’s behalf, to do what they cannot in public.

But how can we forget? How can we dare forget? We remember, so others will also remember, so that June night is not submerged under a deluge of celebrity gossip, news of tech moguls and TV shows. If a government is unable and unwilling to tell the truth, there will be many more lies, many more decades of self-deception. How can one love a government that cannot be honest? How can one love a government that continues in such a cowardly way? 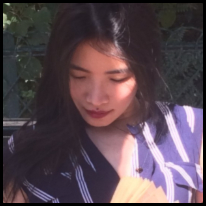 Tammy Lai-Ming Ho is the founding co-editor of the first Hong Kong-based international Asian-focused journal, Cha: An Asian Literary Journal, an editor of the academic journals Victorian Network and Hong Kong Studies, and the first English Editor of Voice & Verse Poetry Magazine. She has edited or co-edited seven volumes of poetry, short fiction and essays, the most recent one being Twin Cities: An Anthology of Twin Cinema from Singapore and Hong Kong (Landmark Books, 2017). Her literary translations have been published in World Literature Today, Chinese Literature Today, Pathlight, among other places, and by the Chinese University Press. Tammy is an Associate Professor at Hong Kong Baptist University, where she teaches poetics, fiction, and modern drama. She is also the President of PEN Hong Kong, a Junior Fellow of the Hong Kong Academy of the Humanities, an Advisor to the Leeds Centre for New Chinese Writing and an Associate Director of One City One Book Hong Kong. Tammy’s first collection of poetry is Hula Hooping (Chameleon 2015), for which she won the Young Artist Award in Literary Arts from the Hong Kong Arts Development Council. Her first short story collection Her Name Upon The Strand (Delere Press), her second poetry collection Too Too Too Too (Math Paper Press) and chapbook An Extraterrestrial in Hong Kong (Musical Stone) were published in 2018. Her first academic book is Neo-Victorian Cannibalism (Palgrave, 2019). She recently edited a Hong Kong Feature for World Literature Today (Spring 2019) and guest edited the Hong Kong special issue of Sweden PEN’s The Dissident Blog.