Chapter Three from Love Lyrics of the Sinking Isle

by Boshun Chan, translated from the Chinese by Felix Lo, Stephanie Leung and Garfield Chow

The excerpt is translated into English from Chapter 3 of Love Lyrics of the Sinking Isle 沒島戀曲, by Boshun Chan陳寶珣. It is the first published Chinese novel set against the backdrop of the 2014 Umbrella Movement in Hong Kong. The novel captures the fragmented subjectivities of Hongkongers through a cacophony of narratives from various fictional characters. By depicting the conflicts on multiple levels among various individuals, it presents the historical contingencies within the Umbrella Movement. It also offers a way of reimagining this event beyond media reportage, journalistic documentation, and social commentaries.

Love Lyrics of the Sinking Isle is characterised by lexical eccentricities, ambiguous syntax, local references and most intriguingly a blend of colloquial Cantonese and written Chinese, both erratically played with to defamiliarising effects. Through a strange reinvention of written Chinese and an idiosyncratic adaptation of Cantonese to the form of prose, the novel does not only confound the boundaries between the two Sinitic languages, but also the grammar of these languages themselves. This stylistically incongruous and erratic language proves the utmost challenge for our translation. To do the text justice, we settle wherever possible for a more foreignised form of English that may reject native naturalness in the hopes of communicating a strangeness as befits the untamed singularities of this novel’s voices.

Probably the day for firework, smoke suddenly drifting over here? No, swooping over. A hand yanked me against the wind, but the wind chased us around and kept sweeping me to the other side. Ahead of us were legions of people in white uniform and white mask. Only when I walked closer could I see more clearly that those weren’t masks. They had no face. One and another patch of empty skin, robbed clean of eyes, ears, mouth, nose, all the facial features and senses. Where the organs should’ve been is a smooth and sleek slate — even, porous, subtle, and elastic. I’d been scared before so I no longer was. I let them split the crowd up and scatter them away. I dreamed of this in a dream; the smoke wasn’t beautiful, nor was it vicious, smelling like soured mustard, mixed with the white clothing and white faces. I did cry. Yellow pennants fluttered everywhere. Like a grand funeral.

I wanted to shout to a halt whoever was scampering. Going where? It was called to a stop, the entire body drenched in sweat of fear.

That moment, I was afraid of nothing. Strange. Why not? Why scared? I grabbed whoever’s arm, and led it on purposelessly. There was a tremendous force, like a lost and bewildered beast that had been running wild inside of me. It screamed and bolted, to hunt or to avoid being hunted. Anyway, my Little Beast had broken loose. I hadn’t known it well, but it was mine. We’d take care of each other’s hair, rush into the deep recess of the forest with all we’d got, embrace the tremendous changes, and nestle together through the white wintry days.

Yet, in my dream I might have woken it. It cried. It had its own nightmares. In reincarnation, it was destined to become a qilin [1]; it said it didn’t want to, that it was the vice of animals, the object of curse for a thousand years, a fate unbreakable by however many reincarnations. It’d rather lead me running through the borderless mountains. I said I’d be happy with that. Its sob broke into a smile.

Thunders. That fierce flavour of the sky that was about to rupture. To merely think of it makes the chest tight. Like a forest, unknowns everywhere. To act or to await. What order is to be reestablished? A forest with a new order and new species? I asked my small beast. It said it wouldn’t be dangerous. But how? It didn’t go on. Actually, it didn’t know anything at all.

I wake up under the umbrella. That umbrella of the Umbrella Man blocks the final, slanted rays of the sun, sheltering me in dreams. The evening is about to come. People begin to gather. I look around.

This dangerous land in dreams, I realise I’ve suddenly fallen in love with. My fathers, mothers, brothers, classmates, and neighbours, as well as the streets, the city, and the schools, even those of the people who disagree with me. And also the police, the mob, the blue ribboners [2], and the triad. Whoever are plotting to hurt us I have all strangely fallen in love with. I’ve grown to care about their words, their behaviour, and their atrocity. The flesh-and-blood bodies they heavily pound and trample on are those of their fathers, mothers, brothers, classmates, and neighbours — upright and kind bodies. They are committing crimes, but be that as it may, I strangely and stubbornly want them to have my love. Before everything vanishes, I’ll only ever more deeply love what exists, be it ugly or evil. I just feel that way.

Seated under the umbrella, Little Beast and I have become even more at peace. The figure of the Umbrella Man is robust, its limbs joined together from wood, like trees. The yellow umbrella opens into a shade, where I sit underneath.

It makes me laugh.

Future? Falling down, vanishing, returning to sawdust, to soil.

Listening, Little Beast weeps again. I don’t. What a meddler and crybaby this little beast is.

‘Tired?’ Wai fetches me a drink.

‘Alright.’ I answer them.

Before us, Siu Ma cycles around the Umbrella Man. Tonight will probably be peaceful.

‘Siu Fa Shan, come, sit here. Let me take you around?’ Siu Ma stops his bike in front of me. This is a good idea. 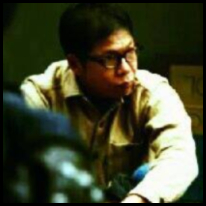 Boshun Chan (author) is a former TV documentary director. His novels include Love Lyrics of the Sinking Isle 沒島戀曲, published in 2015, and Shooting Several Bullets of Reason into Every Clogged Brain 發給每個閉塞頭腦幾顆理性的子彈, released in 1990 and published in 2016, and Fish of the Desolate Lagoon 荒澤之魚, published in 2018. 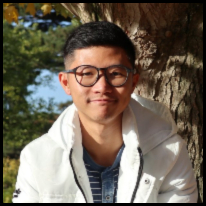 Having completed a BA in English at The Chinese University of Hong Kong, Felix Lo furthered his academic pursuits at the University of Cambridge reading for an MPhil in Multi-Disciplinary Gender Studies. Back in Hong Kong now, he stands at the juncture of anguished love, confused meanings, and the absurdities of life. Words are among his last solaces in a world of numbed senses and tamed feelings. An aspiring poet/writer, Felix has published both Chinese and English poems in Voice & Verse Poetry Magazine. His daily sentiments and melodramas are keeping him very busy and expanding his authorship. 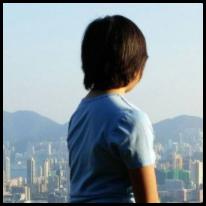 Stephanie (Stevie) Leung (translator) is a fresh graduate of the English department, the Chinese University of Hong Kong. There’s a bit of English, a bit of Chinese, and a bit of Hong Kong in her. 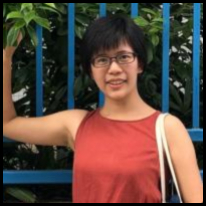