by Bei Dao, translated from the Chinese by Eliot Weinberger

note this way to say goodbye
the sighs within these words

note these annotations:
unending plastic flowers
on the dead left bank
the cement square extending
from writing to

and loudspeakers loyal to the sea’s
deep bass say June

in the end, cold crows piece together
the night: a black map
I’ve come home—the way back
longer than the wrong road
long as a life

Beijing, let me
toast your lamplights
let my white hair lead
the way through the black map
as though a storm were taking you to fly

I wait in line until the small window
shuts: O the bright moon
I go home—reunions
are one less
fewer than goodbyes 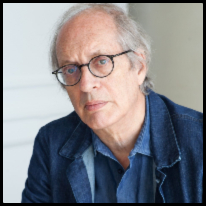 Eliot Weinberger (translator) is an essayist, political commentator, translator, and editor. His books of avant-gardist literary essays include Karmic Traces, An Elemental Thing and, most recently, Oranges & Peanuts for Sale. His political articles are collected in What I Heard About Iraq and What Happened Here: Bush Chronicles. The author of a study of Chinese poetry translation, 19 Ways of Looking at Wang Wei, he is the translator of the poetry of Bei Dao, and the editor of The New Directions Anthology of Classical Chinese Poetry and the Calligrams series published by NYRB Classics. His other anthologies include World Beat: International Poetry Now from New Directions and American Poetry Since 1950: Innovators & Outsiders. Among his translations of Latin American poetry and prose are the Collected Poems 1957–1987 of Octavio Paz, Vicente Huidbro’s Altazor, and Jorge Luis Borges’ Selected Non-Fictions, which received the National Book Critics Circle award for criticism. He was born in New York City, where he still lives.