by Kwan Tin Lam, translated from the Chinese by Eleanor Goodman 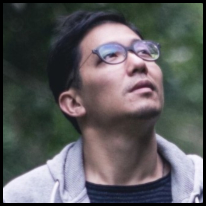 Kwan Tin Lam 關天林 (author) was born in Hong Kong in 1984. He is chief editor of literature magazine Zihua. As a poet, he had won Youth Literary Award and University Chinese Literary Award. He had published two poetry collections and the first one won the Commendation Award of the 13th Hong Kong Biennial Awards for Chinese Literature.

Eleanor Goodman (translator) is the author of the poetry collection Nine Dragon Island (2016), and the translator of Something Crosses My Mind: Selected Poems of Wang Xiaoni (2014), Iron Moon: An Anthology of Chinese Workers Poetry (2017), The Roots of Wisdom: Poems by Zang Di (2017), and Days When I Hide My Corpse in a Cardboard Box: Poems of Natalia Chan (2018). She is a Research Associate at the Fairbank Center for Chinese Studies, Harvard University.